While the inaugural World Series of Poker Online 2020 gears up for the biggest highlight of its entire schedule a week from now, another champion has been crowned in an exciting heads-up duel between two Natural8 players.

A total of 2,315 entries emerged in Event #68: $500 Deepstack No-Limit Hold’em, creating a total prize pool of $1,099,625 for the top 332 finishers. The final table of nine was a diverse one, with poker enthusiasts from eight different countries in contention and Hong Kong’s Anson “Tara@0z” Tsang holding the lead.

Tsang was on a roll as he had already secured his 12th cash in the current festival on GGNetwork. His game of choice is usually Pot-Limit Omaha (PLO), having cashed in four of the series’ PLO tournaments to date. However, this top prize of $150,460.15 is his biggest tournament score so far and came just two days after he finished in 12th place for Event #67 $500 Limit Hold’em. 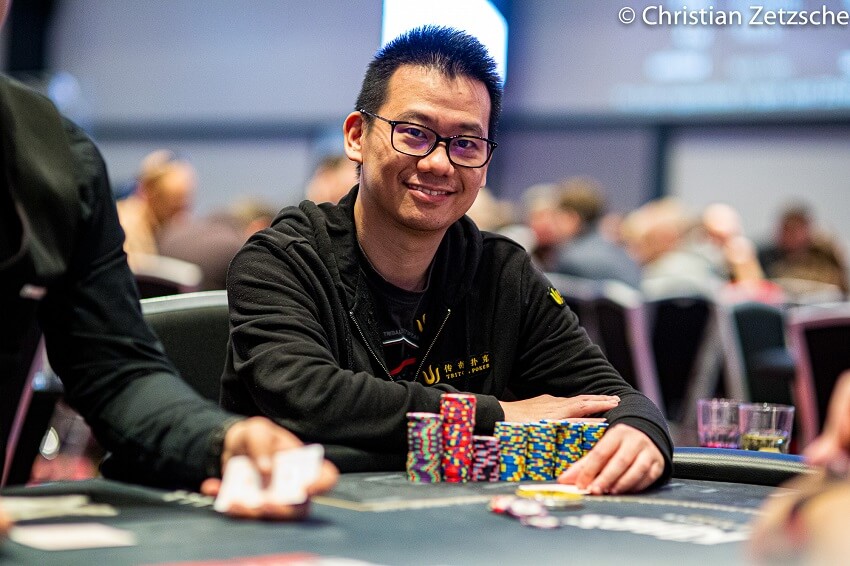 Tsang’s maiden WSOP bracelet, also the first for Hong Kong, came back in 2018 when he took down Event #7: €2,200 Pot Limit Omaha at the World Series of Poker Europe at the King’s Resort in Rozvadov, Czech Republic. A year later, Natural8’s Team Hot member Danny Tang scored the second WSOP bracelet for Hong Kong in Las Vegas. With this win, Tsang made it three victories in as many years for his home country as he never surrendered the top spot for the entire duration of the final table.

On the final five tables of the event, Tsang surged into the lead by scoring several eliminations in quick succession and was always in the top two until the final table was set. Only Israel’s Amir “8ty4calling8” Dvir took over the lead for a short period of time as the other big stack who himself knocked out several players. 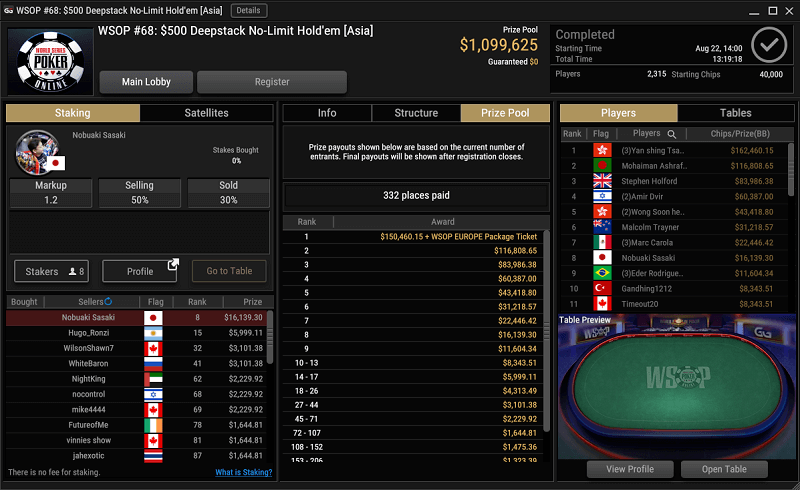 Tsang kicked off the final table in style by sending Brazil’s Eder “BlueMoon” Campana to the rail when he flopped the nut straight. Australia’s Malcolm “HappyWhale” Trayner also fell victim to his hot run when pocket eights could not hold against ace-nine. The very same hand would also spell the end for Dvir when he jammed with pocket eights, as Tsang called with ace-four and instantly flopped a full house as the dominating chip leader. Dvir left in 4th place for $60,387.

UK’s Stephen “supernuts21” Holford then sent over his stack to Bangladesh’s Mohaiman “Ironman3000” Ashrafee, the other Natural8 player on the final table. Ashrafee put up a fierce fight for more than 40 minutes in his bid to claim a second WSOP bracelet for Bangladesh. He managed to get as close as one big blind for one hand, but Tsang earned several big pots after that to establish a commanding lead once more.

Ultimately, Ashrafee jammed for fewer than 14 big blinds with queen-jack and Tsang’s king-queen flopped the nut straight to seal his victory. Ashrafee’s runner-up finish came with a payday of $116,808.65, decent profit for the tournament with his single entry. 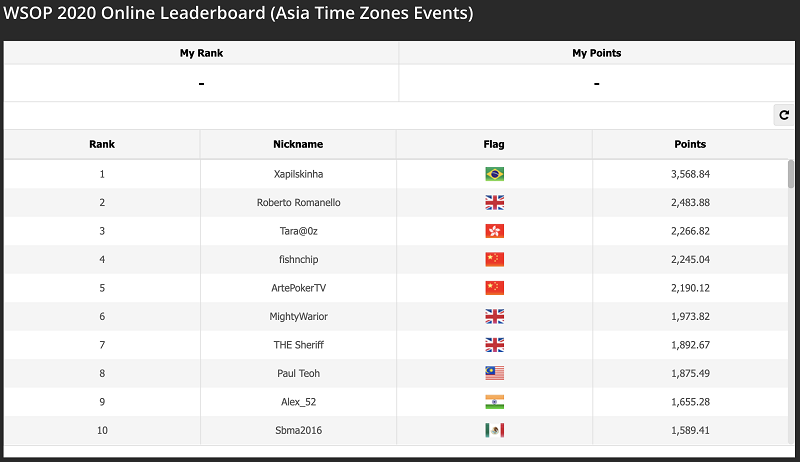 As the 7th Natural8 player to win a bracelet this series, Tsang joins Team Bling as an ambassador and also receives a $7,500 package thanks to the Natural8-exclusive Winner’s Circle promotion. The upcoming $5,000 Main Event will be one to look out for, as any Natural8 player who wins the Main Event Bracelet will be crowned captain of Team Bling and get an eye-watering sponsorship package worth $100,000!

Previous Article
The Good Pro, The Regular Pro, And The Bad Pro
Next Article
A Tight Race is Underway In the WSOP Leaderboard