Three days of poker action in the very first Asian Poker Tour 2020 Online Series have come to an end on Natural8 and more than a dozen champions have already been crowned, each will receive an APT trophy sent by mail. There is more to come, however, as the entire festival spans over 12 days and 62 events in total with more than $1.5 million in guaranteed prizes available. 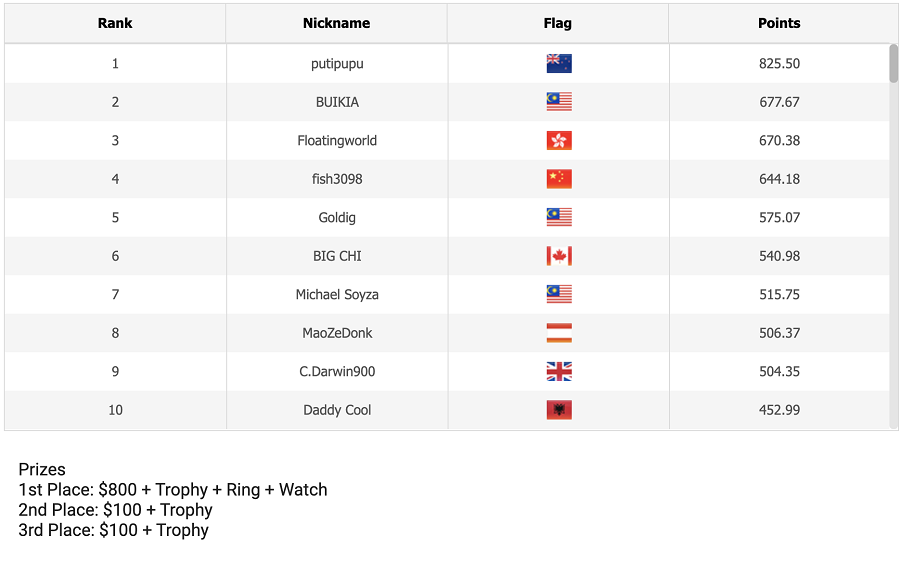 After his victory in Event #2 $1,000 High Rollers, Natural8 Team Hot ambassador Michael Soyza currently sits in the overall top 10 for the leaderboard and has earned the fourth-biggest single prize so far in the first 16 events. The up and coming poker pro from Malaysia has a decent shot at an additional trophy, ring and watch reserved for the best points earner throughout the festival. 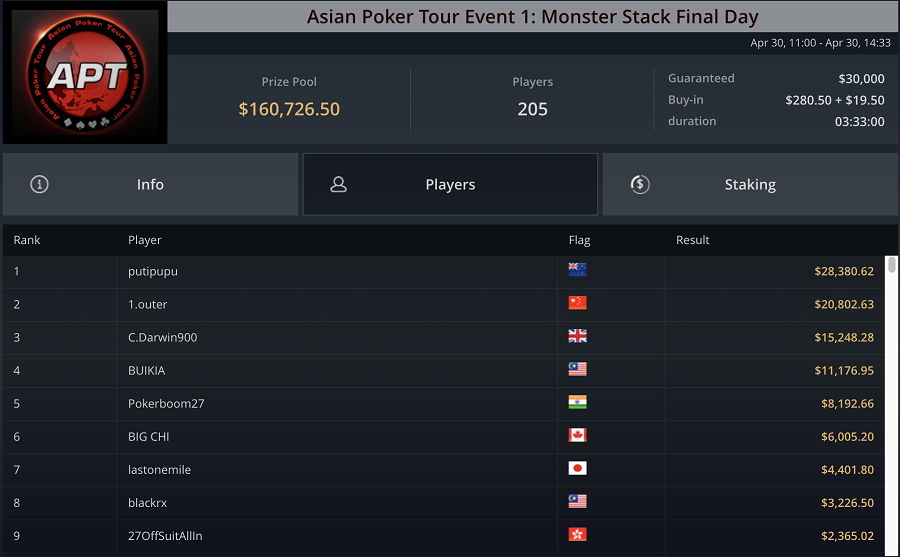 Vietnam’s Quang Ngoc, who plays under the moniker “anh961”, has already reached two final tables and came out on top of a field of 497 entries in Event #6 $50 NLHE Turbo. Rumor has it that the tournament lasted all but three hours.

Another familiar name in the winner’s circle early into the festival is APT Korea Incheon 2019 Main Event winner Dicky “FloatingWorld” Tsang, who claimed plenty of bounties in Event #4 $200 Progressive Bounty and earned $6,231.51 to the bankroll. 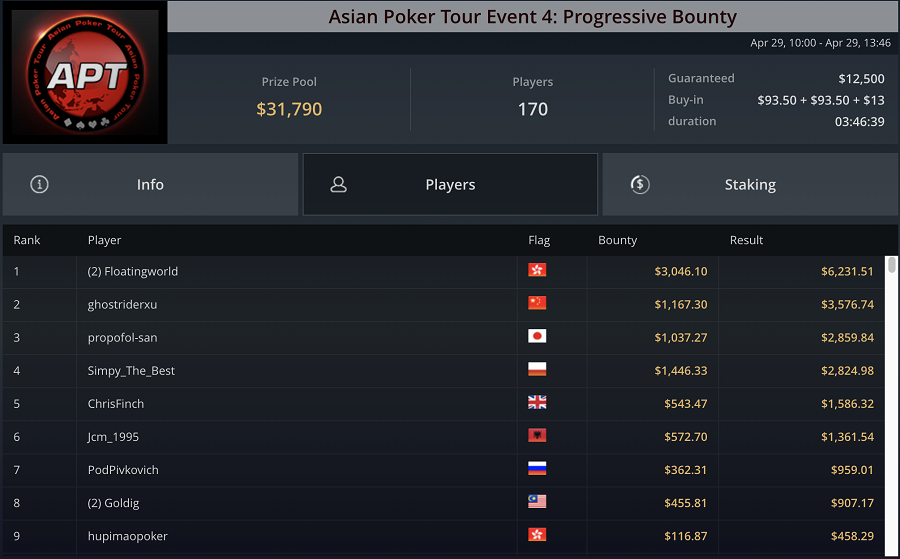 Among several tournaments playing down to a champion today is the $200 Asian Poker Tour Mini Main Event, which continued the overall trend and obliterated the guaranteed prize pool of $75,000 by more than tripling the amount up for grabs. 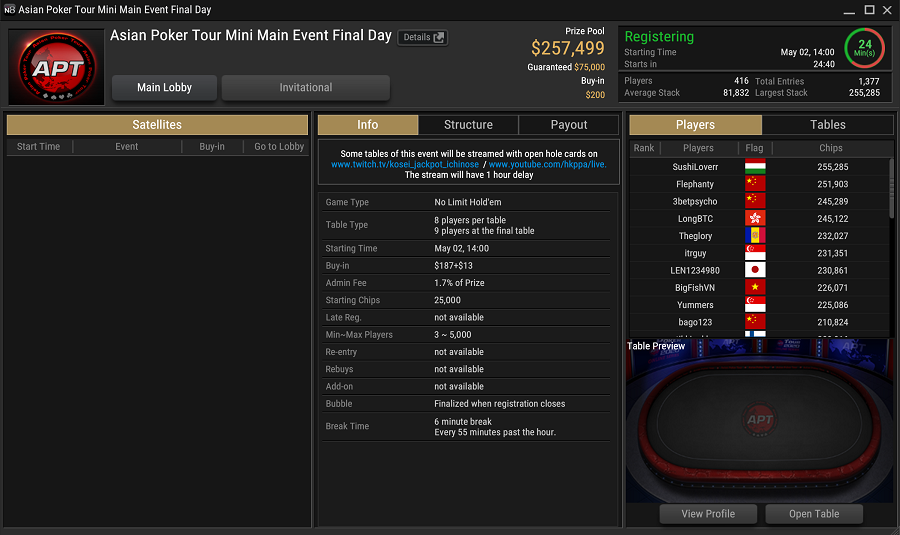 A very international field of survivors emerged with six different countries in the overall top ten for the final day with China (three players) and Singapore (two players) holding multiple representatives. Hungary’s “SushiLoverr” holds the honor of chip leader after all starting flights and racked up more than 85 big blinds.

Notables that made it through also include Pete “TurboPete” Chen, the Natural8 ambassador Phachara Wongwichit, Kitty Kuo and Kosei Ichinose, as well as icho, Easterdamnz and svetar1k. Ichinose will be streaming his exploits on his Twitch channel on a delay of one hour for poker enthusiasts from all over the world to follow.

For each of the main tournaments, players can also qualify via satellite for a fraction of the cost and invest as little as $6 to take part in the exciting action. And perhaps you may even appear on the APT stream in one of the major events as the action of selected tournaments will be broadcasted for poker fans all over the world.