Barkov and Stevens Win Big in the Battle of Malta Online

Another busy week at the online poker tables has concluded on the GGPoker Network (GGPN), with millions upon millions in prize money awarded to poker players from all over the world. Read on for a recap of the Battle of Malta (BoM) Online festival, which has crowned its fifth champion thus far.

The sole midweek tournament of the BoM festival in the last week was the $210 Event #4: Bounty for the Knight, which came with a guaranteed prize pool of $200,000. Progressive bounty events have proven to be very popular on the network, with 1,712 entries ensuring the top 242 spots would be guaranteed a portion of the cash prize pool. 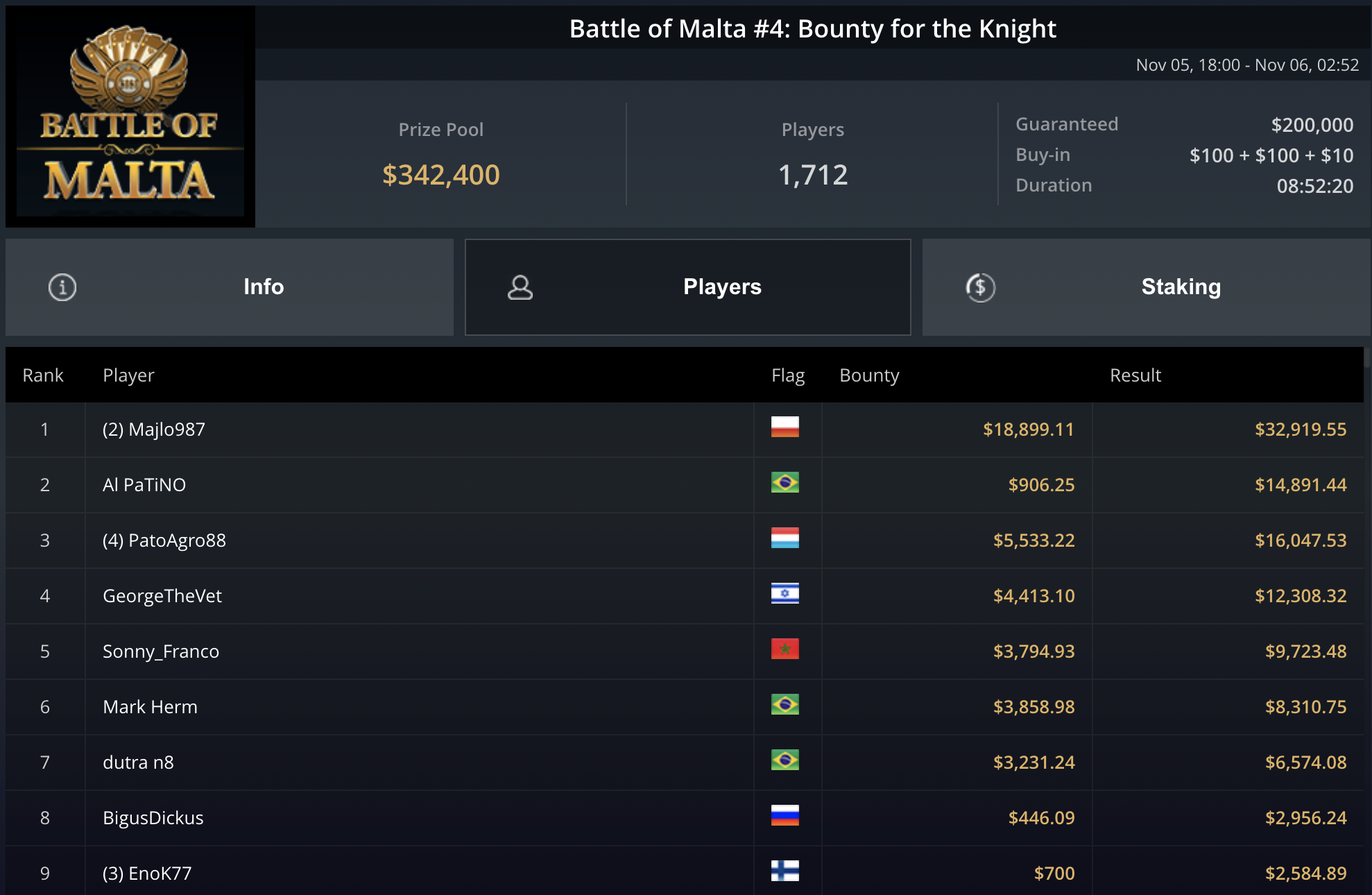 The guarantee was smashed in $1,200 Event #5: Grandmaster High Roller, which drew a total of 403 entries. The top 55 spots secured a portion of the $459,420 prize pool. Online streamers Ignacio “IgnaPoker” Molina, Fernando “Jnandez87” Habegger and Natural8’s Bryan Paris all bowed out before the money, while Canada’s “PUYA” became the bubble boy.

A whole host of notables reached the final table including Manuel “robocup” Ruivo, Urmo “PidrPan” Velvelt, Idris Ambraisse, and Davidi Kitai. Sean “BB164” Roberts secured a payday of $44,758.64, which then left Boris Kolev and Aleksei “JokerFace” Barkov to battle for the title. Kolev eventually finished in 2nd place for $60,893.20, with Barkov triumphing and taking home $82,844.18. 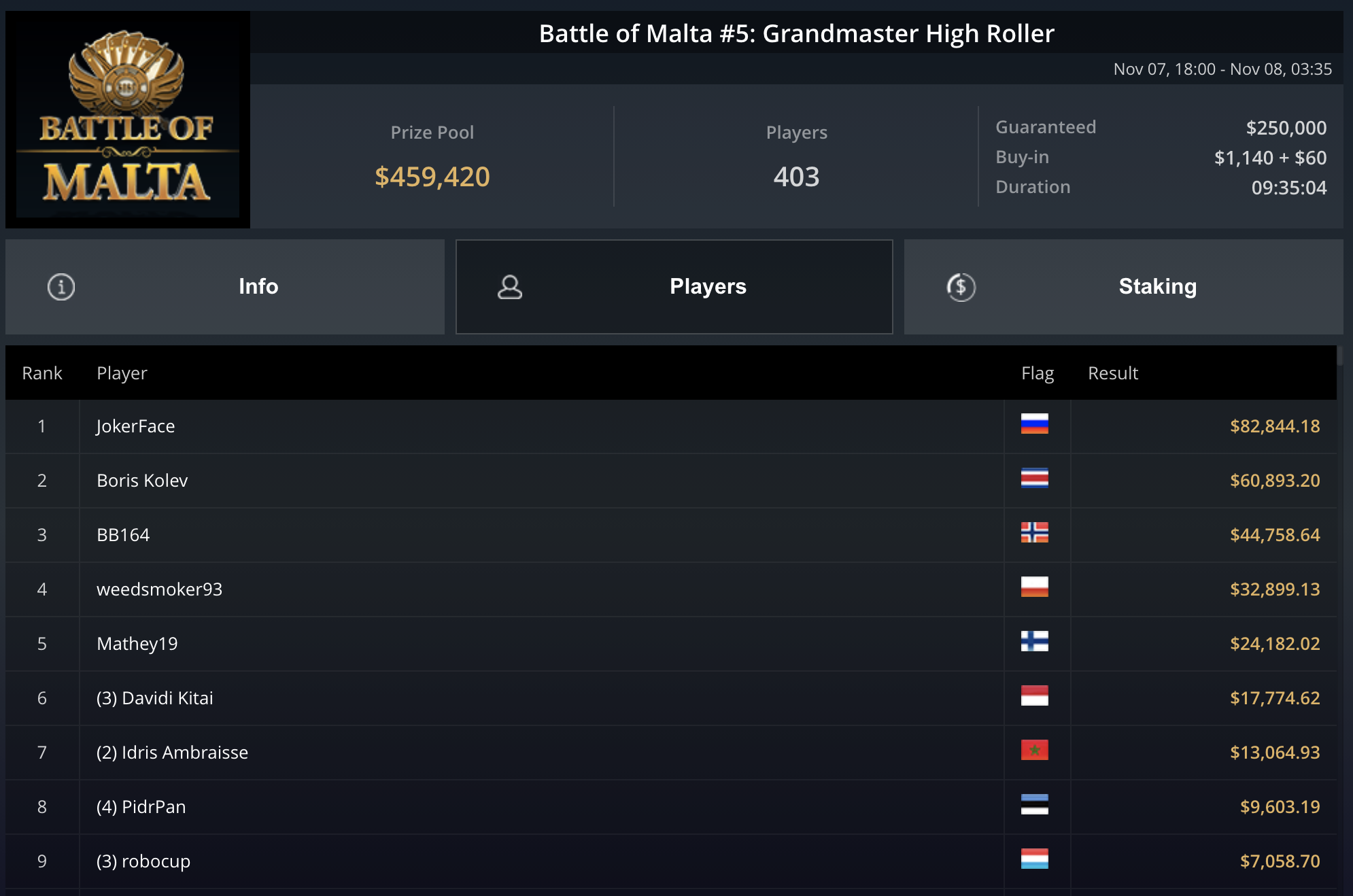 Super Sunday featured another two BoM Championship Events, including the $5,250 Event #6: High Roller Championship. The event met its ambitious $2 million guarantee thanks to a total of 495 entries. 71 players earned a portion of the eventual $2,475,000 prize pool. 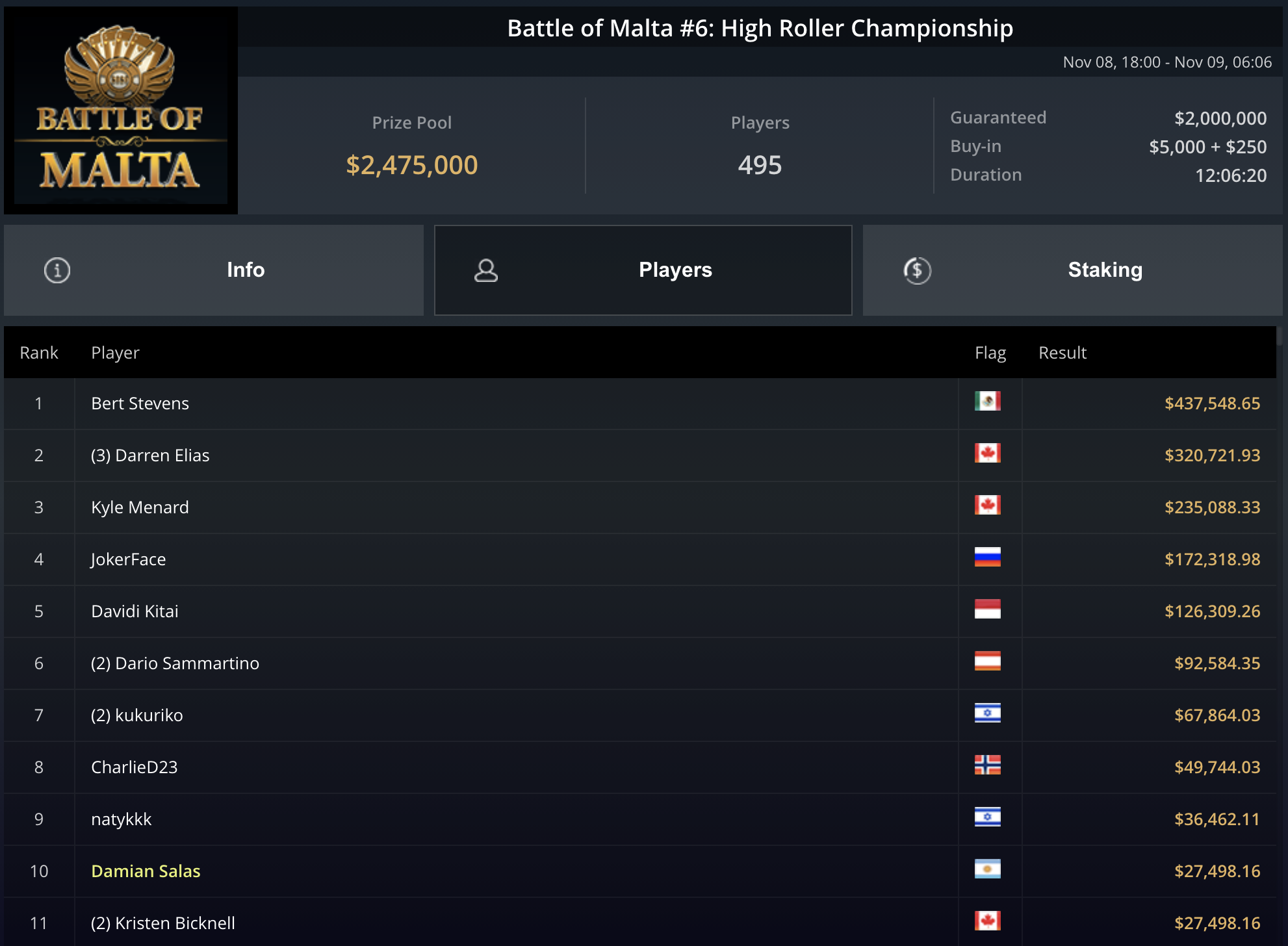 Shortest stack “AvtomobilYK” has seven-and-a-half blinds for the final table this upcoming Saturday. Douglas Ferreira as well as Yu Chung “WNCouple” Chang (who also sold 21% of his action via the Tournament Staking feature) are in the middle of the pack, separated by less than one big blind. 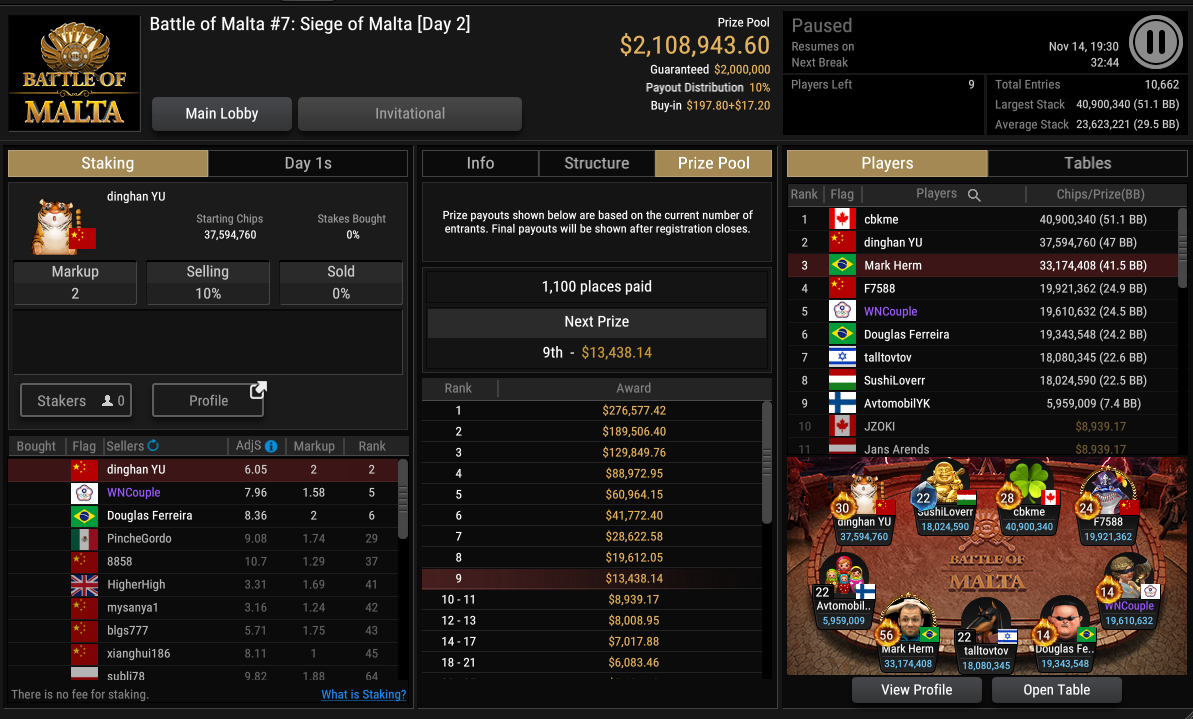 The Battle of Malta runs on Natural8 from 1 to 22 November, and is happening online for the very first time! With 15 Ring Events, plenty of Side Events and a massive $30,000,000 in guarantees, players will be spoilt for choice.