An incredibly busy week on the GGPoker Network (GGPN) has wrapped up. While High Rollers Week has now concluded, another festival is just gearing up for its flagship event. The Battle of Malta Online has already determined nine out of 15 champions, with the $550 Main Event having attracted a total of 4,029 entries. Out of that, 563 players earned their seat for Day 2 happening on 22 Nov.

The first of three live-streamed final tables saw the conclusion of $215 Event #7: Siege of Malta, which had whittled 1,580 Day 1 survivors to a final nine on the previous Super Sunday. All finalists returned to their seats on 14 Nov, and the spotlight was on American poker pro Mark Herm. 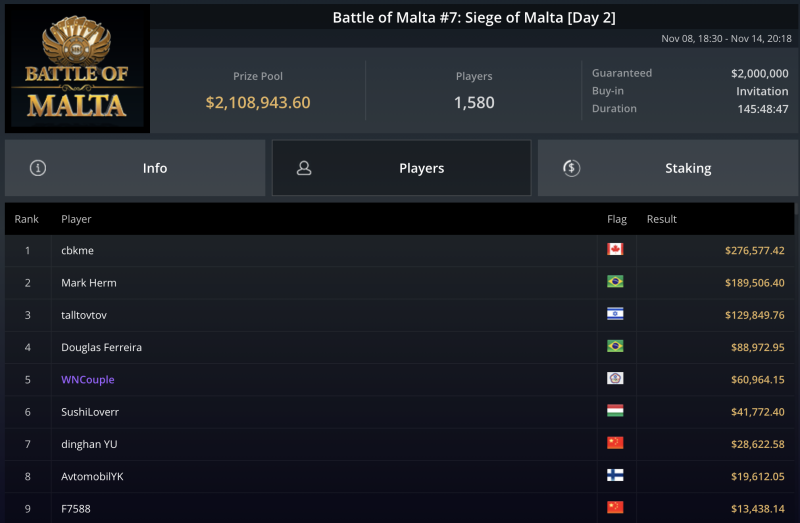 The progressive knockout format proved to be popular for mid-week Event #8: Bounty for the Queen, which came with a buy-in of $315 and guaranteed prize pool of $300,000. That amount was easily surpassed thanks to 1,426 total entries. Across the nine hours of gameplay, the event awarded a total of $427,800 in bounty and cash prizes.

The top five finishers locked up five-figure paydays, with four known notables among them. Former Aussie Millions champion Ami Barer finished in 4th place for $13,542.51 on his second bullet, while German expat Sebastian “flashlight99” Mueller, who represents Thailand on the GGPN, made it one spot further for $18,901.61.

In heads-up, Brazil’s Danton “3BarrelNuts” Gomes had to settle for $24,221.74. Carlos “YuDabao4” Branco earned nearly two times that amount, from having the biggest bounty. Branco walked away with $43,811.05 and the BOM ring. 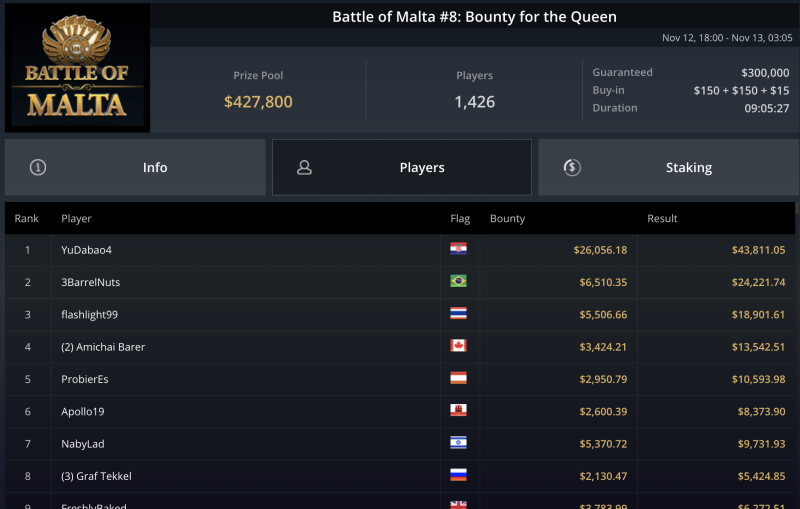 Two days later, another progressive knockout event was scheduled. The turnout of 2,476 entries in $105 Event #9: Bounty Poker Tour Special also ensured the guarantee was surpassed. There was $274,600 in total up for grabs, and in a rare feat for online poker final tables, players from nine different countries made the cut.

Canada locked up yet another victory during the festival, with Arvhin “arvsturrrrr” Malinab holding onto his bounty. This bounty represented more than 50% of his winnings, once he had accumulated all the chips. No deal was cut as Malinab took home $22,137.17, leaving runner-up “selantas” from Lithuania with a consolation prize of $15,608.14. 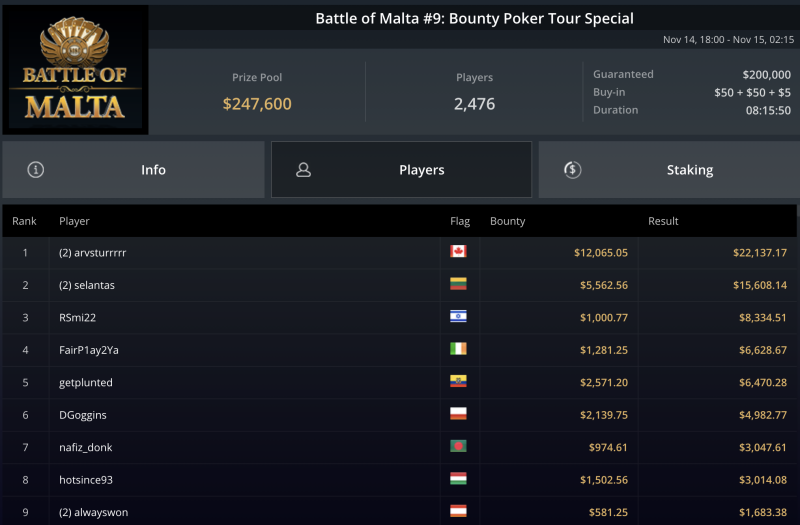 Natural8 Team Hot member Bryan Paris was the only featured player in the top 100 and finished in 20th place for $1,032.77 in bounty and cash prizes.

Carter Swidler bubbled the final table and took home $5,695.94, while the top eight finishers earned five-figure prizes. In heads-up, it was Seungmook “7high” Jung who came out on top against Joseph Cheong to earn the massive $95,433.17 top prize. Cheong walked away with $52,224.99 to pad his bankroll on the GGPN. 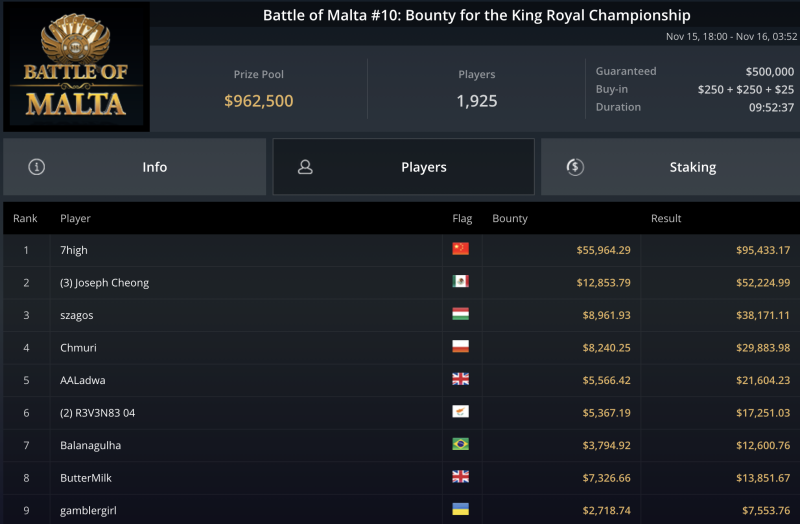 The final table of the $55 Mini Main Event will be broadcasted this upcoming Saturday, and another four Battle of Malta rings are up for grabs until the end of the festival on 22 Nov. The $110 St. Julian’s Bounty Feast is scheduled for 19 Nov, followed by the $215 Crusader’s Cup on 21 Nov.

Last but not least, the $550 Main Event will see all Day 1 survivors return the next Super Sunday to battle for their portion of the seven-figure prize pool. At least $3 million will be awarded, and that number is likely to grow further with plenty of starting days remaining. 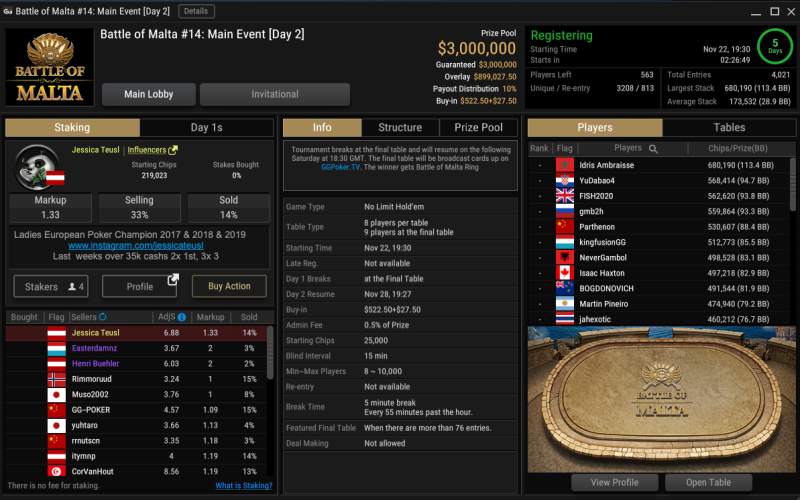