Some three and a half years later, the lawyer from Argentina has made it one step further. In the recent WSOP 2020 $10,000 Championship Main Event at King’s Resort in Rozvadov, he topped the final table.

The online and live poker hybrid attracted a field of 674 unique entries throughout three starting days on the GGPoker Network (GGPN), playing down to a final table of nine in the virtual arena.

A week later, eight of the nine finalists had arrived in the Czech Republic. Unable to travel, China’s Peiyuan Sun became the ninth place finisher ($75,360) as per the set rules of the event.

Six of the contenders made the trip from Central European countries, while Salas and Brazil’s Brunno Botteon flew in from South America. They ended up in 1st and 2nd place respectively, locking up seven-figure paydays and making the travel efforts well worth it.

After a tense first two levels, the field was already down to the final five hopefuls. Damian Salas knocked out Hannes Speiser with pocket tens versus queen-ten suited, and prevailed with ace-ten suited against the king-ten of Stoyan Obreshkov. Dominykas Mikolaitis then lost a flip with ace-jack against the pocket treys of Manuel Ruivo to bow out in 6th place.

Once the action resumed, Salas stormed into the lead after winning a big pot off Botteon. Switzerland’s Marco Streda three-bet jammed at the wrong time with ace-king, as Manuel Ruivo snap-called with aces to score the knockout.

Spain’s Ramon Miquel Munoz had to settle for 4th place when his ace-six was drawing dead on the turn against the pocket treys of Botteon. Salas became the dominating chip leader with three players remaining.

However, Botteon almost closed the gap while Ruivo doubled against Salas. They would clash again when Ruivo’s top two pair on the flop faced the flush draw of Salas, and the river brought another club to send Ruivo out in 3rd place.

The heads-up lasted two dozen hands and Botteon took over the lead for only a few minutes. Ultimately however Salas stormed back into a commanding lead. In the end, a gutsy river bluff by Botteon with seven-high was called by Salas, who had made two pair with king-eight. 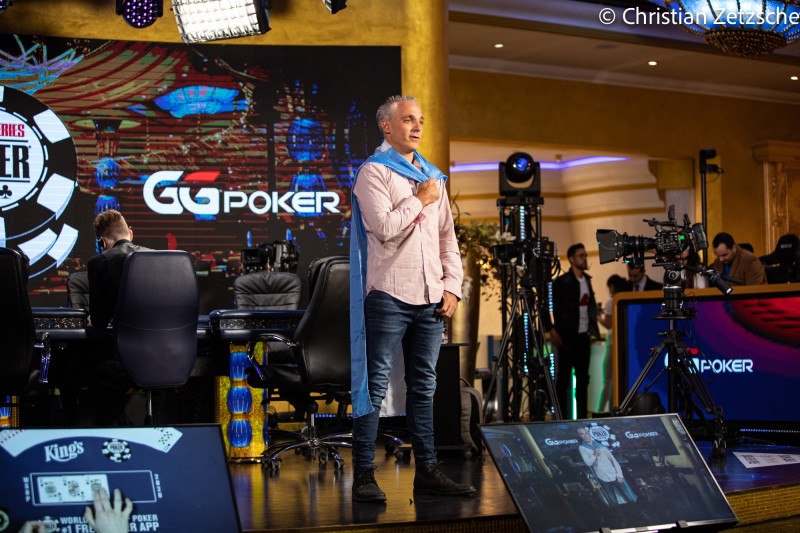 The Argentinian now has a break of nearly two weeks while he awaits the winner of the domestic leg of the Main Event, which played out on the WSOP.com client for players in Nevada and New Jersey.

Salas is scheduled to play the heads-up duel for an additional $1 million prize on December 30th, 2020. He has already locked up a payday of more than $1.5 million.

The final table results of the international leg can be found below.

Players still hankering for WSOP glory will be pleased to hear of the WSOP Winter Online Circuit, happening now until Jan 10th of next year. Apart from the massive $10 million guarantee, there will also be 18 official WSOP rings to be won. Don’t miss out on exclusive live event sponsorships (worth up to $50,000), only on Natural8 - Asia’s biggest online poker room!