One of the highlights of the inaugural WSOP 2020 Online is about to take place on Saturday, August 8th 2020. The highly anticipated Event #54 $10,000 Heads-Up NLHE Championship opens up with just 128 players and will play down to the final 4 players on the same day. The final 4 players will resume the semi-finals the following Saturday, August 15th 2020 and the bracelet will go to the last man standing.

Already one day prior to the start, the 128 entry cap has been reached and a quick glance throughout the registered players reveals the who-is-who of the international poker circuit along with several heads-up specialists.

Among those to take part are 15-time WSOP bracelet winner Phil Hellmuth who has made the trip to Mexico in order to add another bracelet to his collection. The same also applies for GGPoker ambassador Daniel Negreanu who has been streaming some of his tournaments online. 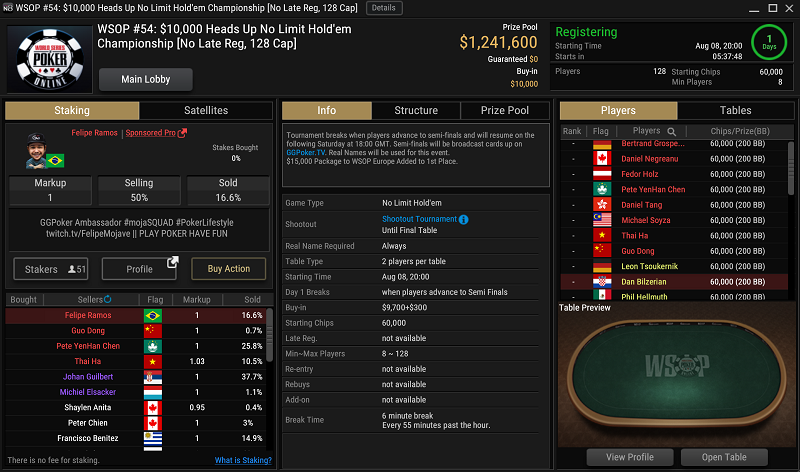 Furthermore, the GGPoker ambassadors Felipe Ramos and Bertrand “ElkY” Grospellier are joined in the entry list by the Natural8 ambassadors Pete Chen, Danny Tang, Michael Soyza and Thai Ha. Among the notable celebrities and influencers in the field are King’s Resort owner Leon Tsoukernik, football striker Max Kruse, Andy Tsai and none other than Dan Bilzerian.

Poker fans can also invest in their favorite pros thanks to the inbuilt staking feature in the GGNetwork client and get an additional sweat. However, the biggest names in the world of poker may have already sold out in a matter of minutes. 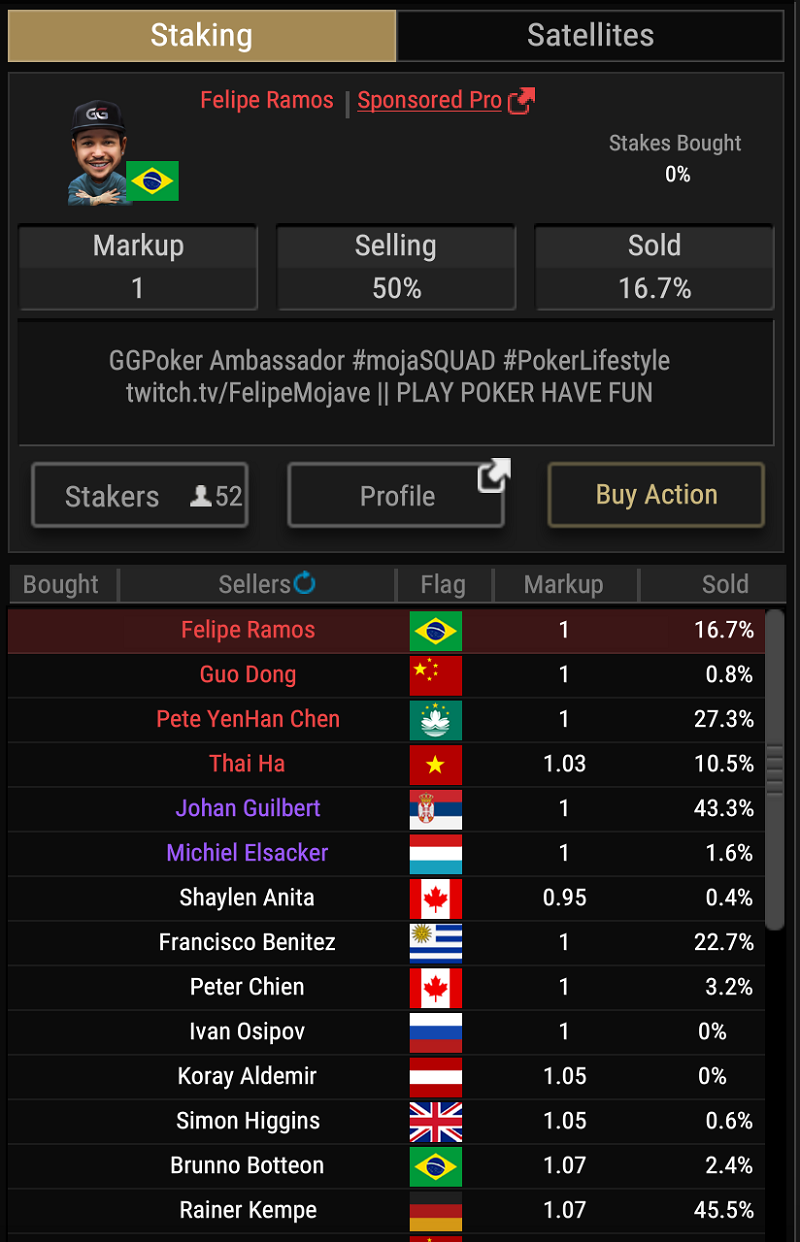 The top 16 finishers will take home a portion of the $1,241,600 prize pool and in order to do so, they have to win three heads-up duels in a row. In the first round, all players start with 60,000 in chips, which represents 200 big blinds for the first level at blinds of 150-300. All levels last 12 minutes each throughout the entire tournament.

Once the round of the last 16 has been reached to secure a portion of the prize pool, another two shootouts will follow to set up the semi finals and at that time, the tournament will go on break. The semi finals and final will then be streamed the following Saturday on GGPoker.tv with cards-up coverage until the latest WSOP gold bracelet winner has been crowned.