Huge celebration at the World Series of Poker 2019 with one of Asia’s leading poker pros, Danny Tang, achieving the dream at Event #90: $50,000 Final Fifty No Limit Hold’em High Roller. Tang overcame the 123 strong field to capture his first-ever WSOP bracelet and a whopping $1,608,406 in winnings. 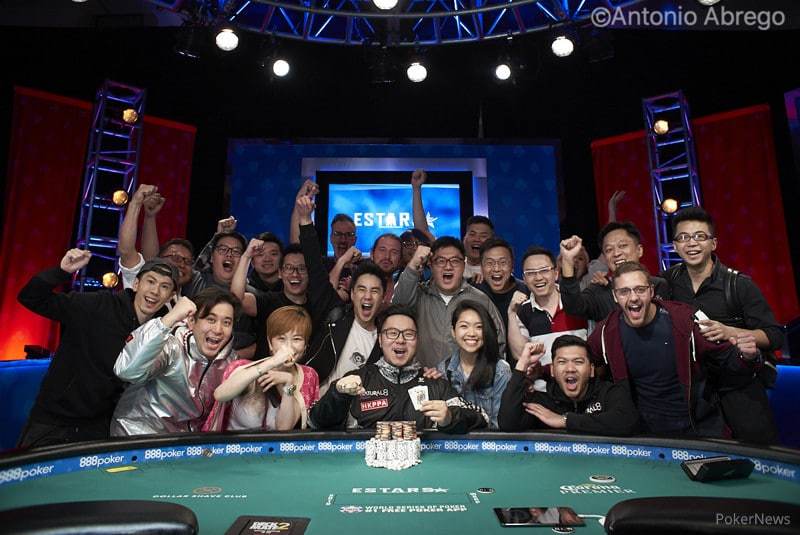 For the vast majority, winning at the WSOP can take years upon years of attempts especially with attendance climbing each year. For Tang, his first whirl at the world stage was back in 2016 where he cash in 5 WSOP events. His closest run to the gold was an 8th place finish in 2016 at the $1500 No Limit Hold’em Shootout for $28,101.

Tang didn’t have much success the following year but he did triumph at the €10,300 PokerStars Championship High Roller event in Prague for €381,000. Returning to Las Vegas in 2018, Tang ran deep at the $10,000 Main Event Championship, earning his largest WSOP payout of $230,475 at a respectable 31st place.

2019 proved to be a spectacular year for Tang. He had accrued over $2.1 Million in live earnings since the year began, a majority of it won at the Triton Poker Super High Roller Series in Montenegro where he finished 2nd at the Main Event for nearly $1.8 Million.

Just recently, Tang was also officially announced as one of our newest members of Team Hot, joining a roster of pros that include Kitty Kuo, Michael Soyza, and Kosei Ichinose. 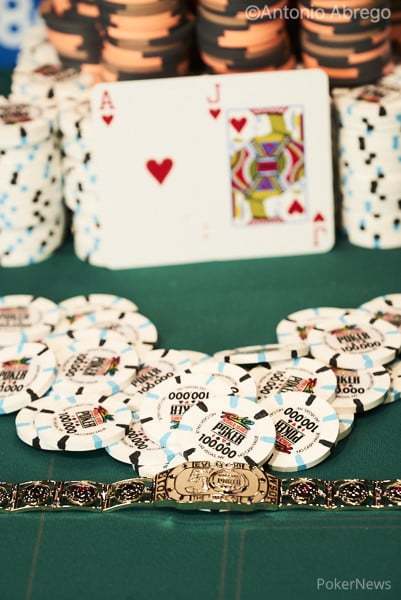 Shipping the Final Fifty event was a big win for the Hong Kong contingent that brought a team of 30+ players to the series. Tang gave Hong Kong its second WSOP bracelet with his close friend Anson Tsang clasping the first in Rozvadov last year.

With his victory, Tang moves into second place on the Hong Kong All-Time Money List with nearly $6.1 million in lifetime tournament earnings behind only Stanley Choi ($7,768,875).

“It means absolutely everything. Being one of the ambassadors for Hong Kong and Asia, and to just win the first bracelet in Las Vegas in a No-Limit Hold’em event. It’s just unreal. Words can’t describe it.”

The Final Fifty High Roller event was a late addition to the WSOP 2019 schedule. The event ran for three days attracting 123 entrants for a prize pool of $5,904,000. World renowned pros in attendance were Mikita Badziakouski, David Peters, Fedor Holz, Daniel Negreanu, and Rainer Kempe, however none of them would reach the money. The final day saw seven players return with USA’s Brandon Adams leading the pack.

After the fall of Almedin Imsirovic (7th), Keith Tilston (6th), and Adrian Mateos (5th). Tang jumped to a big lead on a winning straight against Adams then proceeded to amass 80% of the chips in play when he dusted Adams in 4th place. Next to tumble at his hands was Australian pro Michael Addamo in 3rd place. USA’s Sam Soverel managed to double up at heads up but it still wasn’t enough to claim the title. Tang railed Soverel with A-J over A-3.

“Playing poker obviously is my passion, and financially has helped me where I’m at right now. I want to go down in the history books. I just want to be remembered. When I’m older I can tell my kids, and generations and generations after me when they talk about poker, ‘Oh yeah, Danny Tang’, so I will be aiming for that number one spot eventually.”