The 37-year old was one of eight champions to triumph while playing on Natural8, earning himself $150,460, a package for the World Series of Poker Europe and a $7,500 Team Bling sponsorship.

The first time this Hong Kong-based poker pro got his hands on a coveted WSOP gold bracelet was his maiden victory two years prior in WSOPE 2018 Event #7 €2,200 Pot Limit Omaha 8-Max. The win was made sweeter as it was also the first bracelet won for Hong Kong. 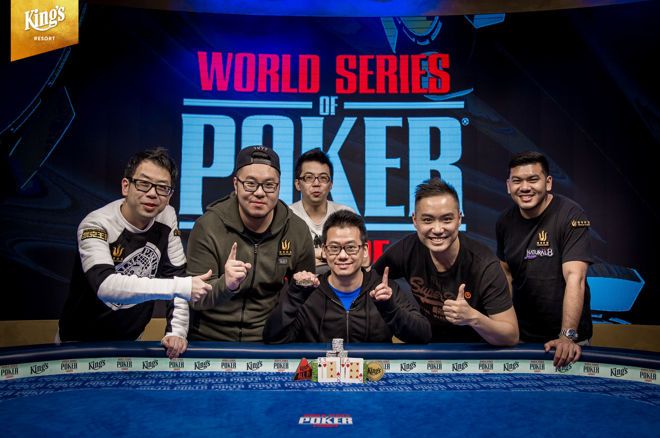 Natural8 Team Hot ambassador Danny Tang made it two in 2019, with Tsang once again winning the next year to get it to three.

Tsang graduated from Hong Kong University of Science and Technology with a bachelor degree in BBA (majoring in Finance and Economics), and has been playing poker for 12 years. Unlike many others that caught the poker bug in school, at university or through playing with friends, Tsang’s journey started when he stumbled across a Zynga Poker advert on Facebook.

When not playing poker, he likes to watch movies, play video games on his phone and sing karaoke. Tsang is also a supporter of English Premier League team Chelsea. When asked to pick three words to describe himself, he chose “passionate”, “competitive” and “ambitious”.

Those words ring especially true when we take a look at his poker resume. 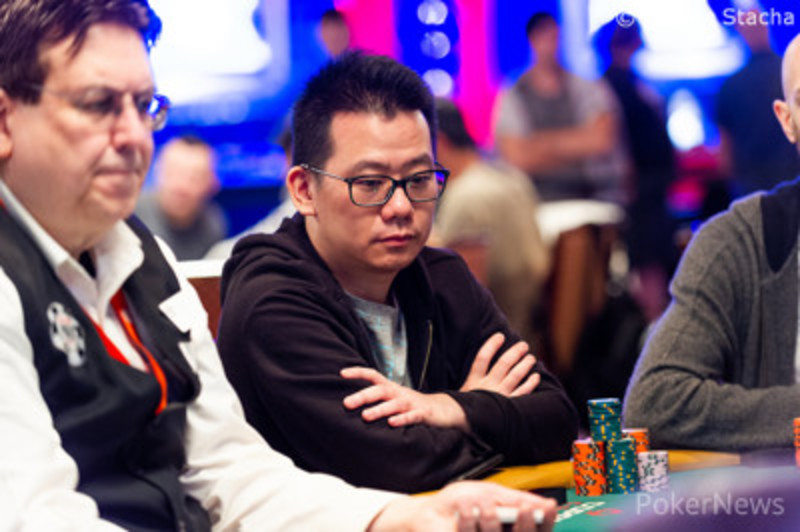 It was another four years before he made the trip to WSOP 2017 in Las Vegas, which resulted in his first three WSOP results as well as one cash each at the Bellagio Cup XIII and the Deepstack Extravaganza III.

All the entry fees of these successful tournament exploits were four and five-figure amounts, and since then he has posted live results on a regular basis.

“We grinded cash games together in Macau almost everyday at that time. Also, my MiniGolf teammates Danny Tang, Wai Kiat Lee and Ivan Lee are all my close friends. We even played under the name “MiniGolf” together in the WSOP Tag Teams Event 2018.”

When asked about who held the best handicap of the group, Tsang remained coy.

These days however it is all about tournaments, with Pot-Limit Omaha (PLO) being the game of choice. With live poker on a widespread hiatus right now and most events online being No-Limit Hold’em, Tsang’s poker goals for the future currently appear to be on hold.

“I like PLO and 2-7 Triple Draw. I definitely prefer to play tournaments and enjoy that excitement. They also offered 5 Card PLO live in Barcelona and I loved that very much. It was a fun game as you can hit a lot of boards hard with five cards in your hand!”

“A lot of all-in moves are expected and it’s really exciting to get involved in the all-in sweat. After winning a PLO bracelet at the WSOPE and a Hold’em bracelet on Natural8, it would be great to win a mixed game bracelet in Vegas. I would also like to compete for the WSOP Player of the Year in the coming years.”

Sin City indeed has a special place in his heart; a place where he’s participated in high stakes mixed game tournaments since 2017 and clashed with some of the biggest names in the poker scene. 2019 in particular provided some bittersweet memories, as Tsang came close to winning his second bracelet twice.

In the bright spotlight of the Thunderdome, the final table of Event #8 $10,000 Short Deck No Limit Hold’em unfolded. Tsang remained in the mix until Alex Epstein captured victory in a dramatic three-way all-in, after flopping the nut straight preflop.

Tsang had a huge redraw but missed as the shortest stack of the trio, ultimately finishing in 3rd place while fellow Team Hot ambassador Thai Ha finished 2nd.

“It was of course a very memorable experience. And since it was the first-ever WSOP Short Deck bracelet, everyone wanted to take that first piece of gold.”

What followed was a deep run in Event #45 $25,000 Pot Limit Omaha High Roller 8-Handed, which ended with a rather disappointing 14th place finish. 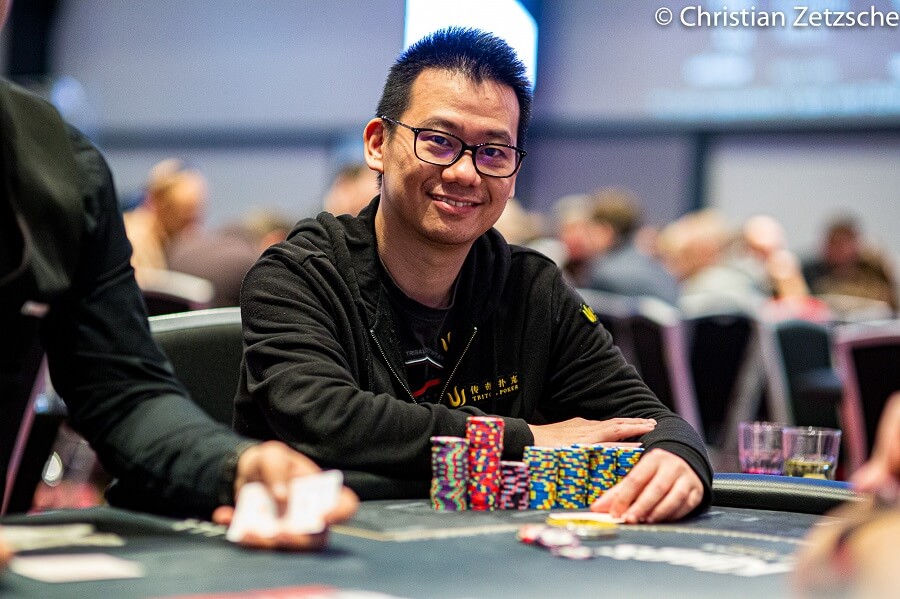 “I still clearly remember that I was the massive chip leader in the 25K PLO event last year heading into Day 3 with 39 players left. One of the players in the field was offering his friend a bet that I wouldn’t reach the final table, despite the fact that I had so many chips.”

“I then ran really bad at the start of the day and lost a lot of my chips early on. Ultimately, I lost a massive all-in with QhJhTd6d against the AsAh7c5s of Stephen Chidwick when we got it in after the Jd9s5d flop. I was then out in 14th place.”

Tsang hit his combo draw on the river to improve to a flush, but the very same card also paired up Chidwick to a full house. The latter then went on to capture his first WSOP gold bracelet and top prize of more than $1.6 million.

Fast forward one year, and the ongoing pandemic made it impossible for WSOP to take place in Las Vegas in 2020. However true to his competitive spirit, Tsang didn’t let this stop him.

In fact he thrived in the online edition on Natural8 under his moniker “Tara@0z”, with a total of 19 cashes, numerous deep runs and his second career bracelet despite the unusual tournament hours for players located in Asia.

“For the WSOP online grind, I usually went to sleep at like 10 in the morning depending on how deep I ran and woke up at around 6pm everyday. I would say it is definitely tougher for Asian players to play online tournaments, as there is the need to adjust to the time zones.”

“It’s fine for me as I’ve gotten used to playing poker overnight for many years. And on Natural8 there are many tournaments with Asia-friendly starting times as well as some exclusive geo-restricted festivals.”

Another badge of honor for his virtual profile has escaped Tsang for now, as he all but got there during the recent World Poker Tour Asia Online Series and the Bounty Hunters Series on GGPN.

As general advice for new and aspiring players, Tsang has the following to offer: “You have to be passionate about poker and be patient when you are not doing good, especially at the start. You need to keep on learning, analysing and improving your poker game. The hard work is going to pay off.” 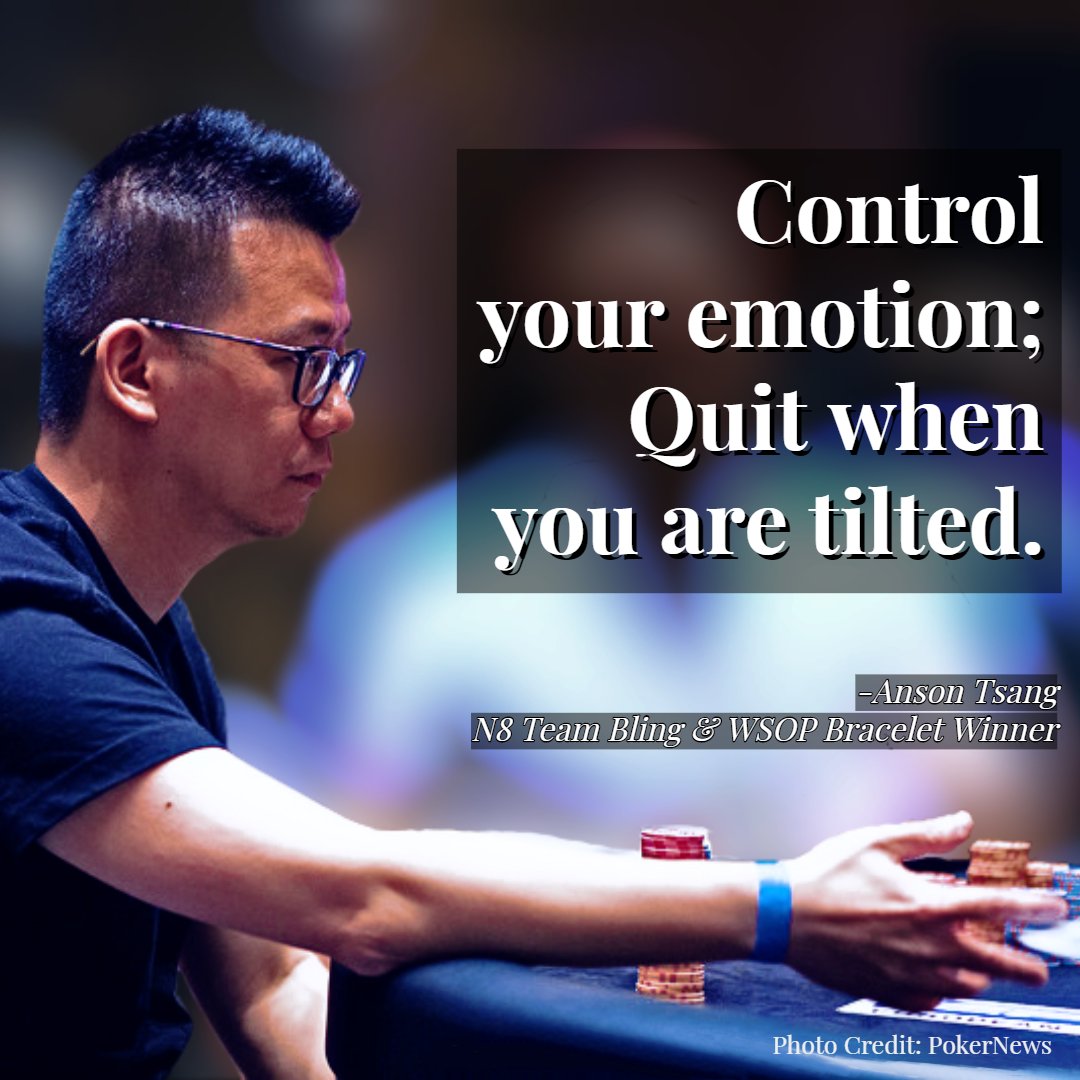 His hard work thus far has definitely paid off, with nearly $3 million in tracked cashes on The Hendon Mob. If these results are any indication of things to come, there will be more deep runs on the horizon for this ambitious Team Bling member.