The N8GGMasters 2020 continues missing its guarantees by design, as Natural8 sets its sights on growing this tournament. 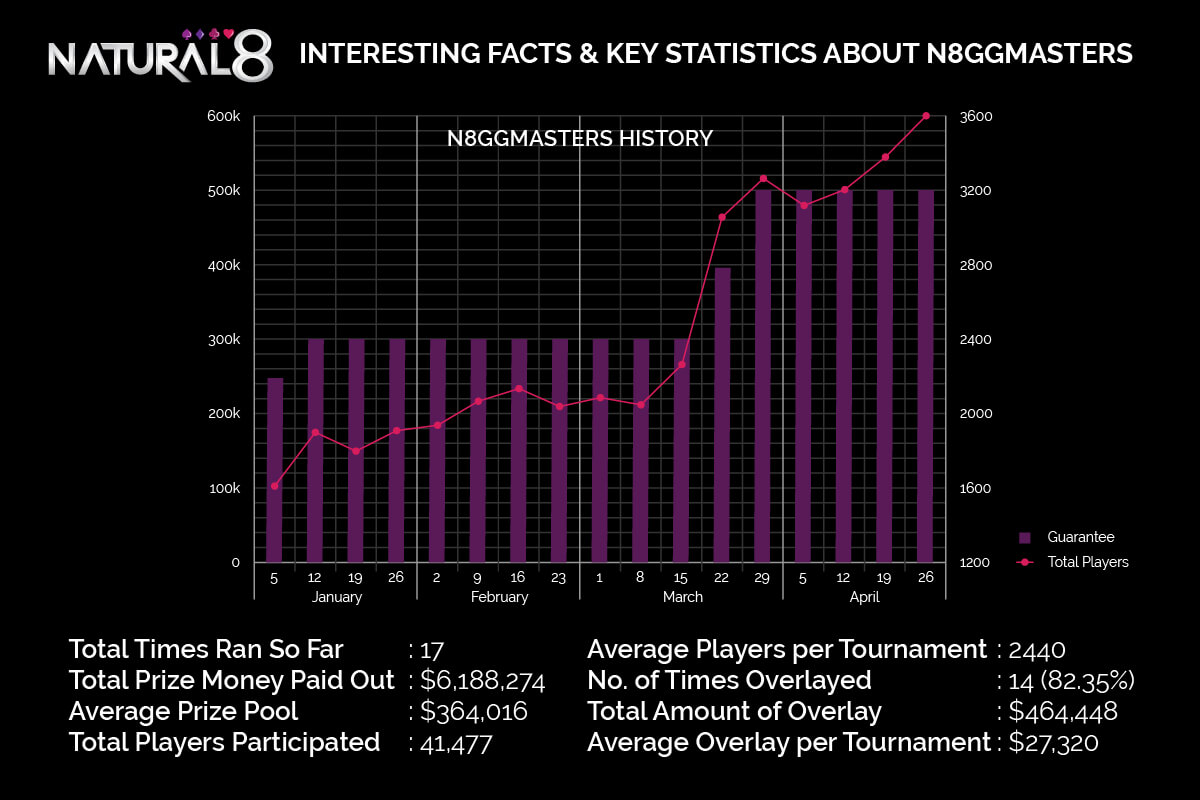 These overlays bring huge value to online poker players, as Natural8 adds money to the prize pool on top of entry fees paid by players.

When N8GGMasters 2020 made its debut in January, it had just a $250,000 guaranteed prize pool — half of what it is today at $500,000. 1610 players joined the field in that first week, again half the number of participants which currently sits at approximately 3600 players.

The tournament continued to miss its guarantee for weeks until March 15, when it breached its $300,000 guarantee for the first time. In response, the guarantee was bumped to $400,000 and once again to $500,000, where it currently sits.

A Natural8 spokesperson said, “We’re constantly looking for ways to grow the N8GGMasters 2020 Tournament. Even though there have been a significant amount we’ve had to make up in overlays, we continuously increase guarantees so players will have more incentive to participate. The guarantees started at $250,000 in January and are now at $500,000 so the numbers really speak for themselves.”

The N8GGMasters 2020 takes place every Sunday at 17:00 (UTC+0), at an accessible buy-in of $150. In addition to the prize money, players also compete for Player of the Year (PoY), where the winner has a chance to become an ambassador for the Natural8 network. Take part in the Natural8 Exclusive N8GGMasters Freeroll every Sunday where 10 x $150 GGMasters ticket will be given out every week.