After two successful online editions on the GGPoker Network, the Asia Poker Tour (APT) has resumed live poker activities in the Asia-Pacific region. The current festival took place at the Chinese Texas Hold’em Poker Association (CTP Club) in Taipei, and has already crowned several winners. Among them were two Natural8 ambassadors and one Natural8 streamer.

The Natural8 blog team takes a look at the success stories below. 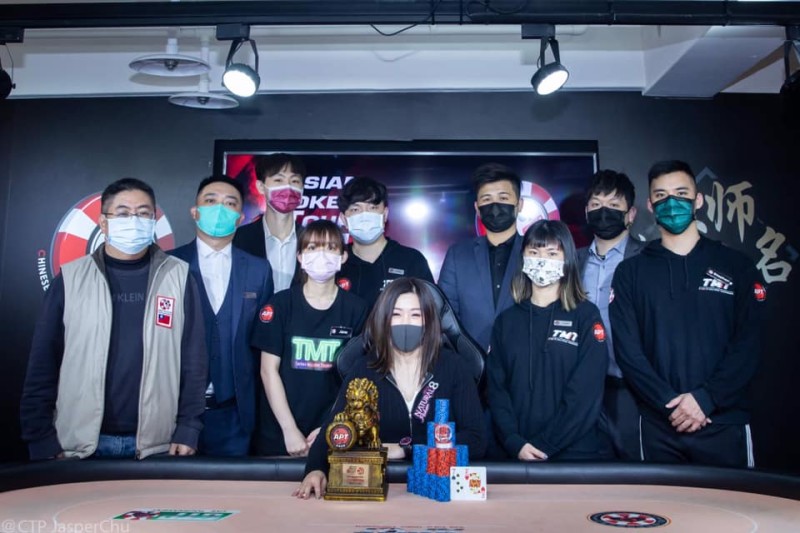 After the starting days, another 46 entries emerged during registration period on Day 2. The day ended with 25 players remaining. Five spots away from the money bubble, Natural8 Team Hot ambassador Kitty Kuo was second in chips and trailed only Cheng How Pan. Taiwan residents Ori Kossonogi and Kristof Segers were also among the survivors when the action resumed for Day 3.

It took three-and-a-half hours to burst the money bubble on the penultimate tournament day, and Ting Nan Kuo ended up as the bubble boy in a three-way all-in. Kossonogi was gone prior to that, while Segers finished in 17th place for NT$36,400. Natural8 Team Hot ambassador Kuo reached the final seventh in chips alongside Chen Yi “Serena” Liu and Chi Ying Tsai.

The only non-Taiwanese player was the first casualty on the final table, as Kar Wee Chee had to settle for 8th place and NT$90,500. Liu was also unable to turn her short stack around and bowed out with king-jack against pocket queens. However, the other two female contenders went all the way.

Kuo doubled through Yu Sheng Lin in a flip with ace-king versus pocket nines, and four-handed play then lasted three hours. Tsai showed her prowess with plenty of aggression to take the lead, while Kuo lost two all-in showdowns to get short. Kun Yu Chiang then hit the rail against Tsai with kings versus aces, and Po Cheng Yang fell in a three-way all-in to set up an all-female heads-up duel.

Tsai had a massive lead with 68 big blinds versus Kuo’s 12 big blinds, but the Natural8 ambassador doubled right away. After 90 minutes of heads-up they were all but even in chips and Kuo’s top pair in a three-bet pot with king-seven held against a king-high flush draw. Kuo received the APT Champion’s Ring, APT Golden Lion Main Event Trophy and top prize of NT$724,200 (~$25,980). 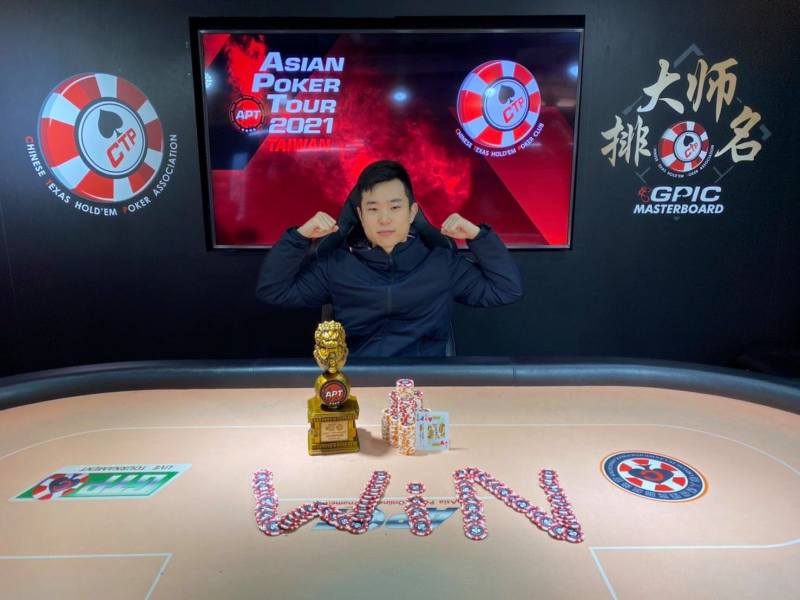 Chen An Lin was the first player to cash and earned NT$44,200, while Chi Jen Chu fell in 3rd place for NT$70,300. Taiwan’s Kun Han Lee was looking for a third APT title, but eventually came up short to settle for the runner-up spot - which came with a payday of NT$120,900.

Earlier in the festival, Hsiao “Sasha” Liu showcased her skills in Pot-Limit Omaha and topped a field of 20 entries in Event #1: NT$7,700 PLO. She took home the trophy and top prize worth NT$66,500.

Aforementioned Chan Lok Ming would get his trophy later on as he claimed the first place in Event #7: PLO, which came with a price tag of NT$8,800 (~$316). The event drew a total of 38 entries and the top seven spots were paid. Ming earned NT$101,300 for the efforts.

It was Natural8 Team Hot ambassador Pete Chen, who earned yet another trophy for his cabinet as he walked away with the top prize of NT$148,000. Chen already has countless wins to his name in the international poker circuit and it came as no surprise that he had earned yet another one in this festival. 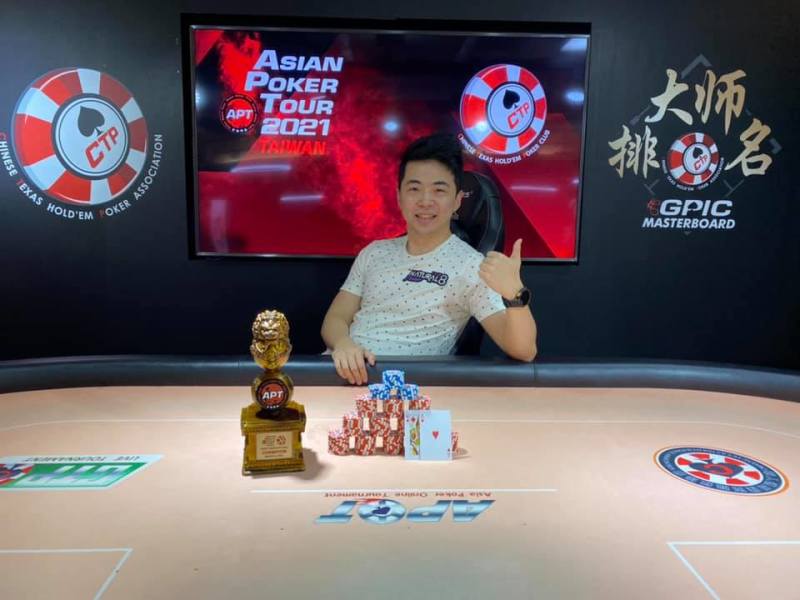 Championship Event Up Next

Day 1b will take place on March 5 and the survivors of both starting days will then combine on March 6.