During the last maintenance on January 12, a new and exciting tournament type has been added to the GGPoker Network (GGPN). The Flip & Go combines a flipout all-in shootout with a regular MTT, and features several special mechanics and bonuses. A new Spin & Gold tier has also been added, as well as improvements to GGCare history. 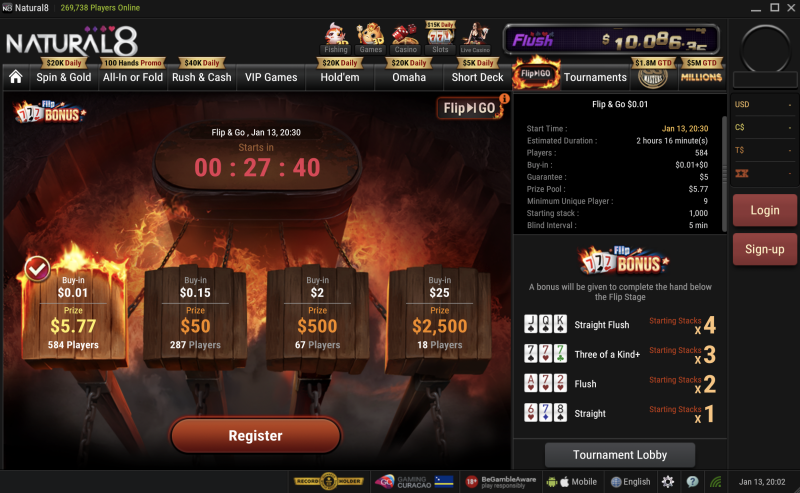 A brand new tournament format has been introduced on the GGPN, called “Flip & Go”. It consists of two stages and will take considerably less time to crown a champion as compared to a regular MTT. When the new format was introduced, it was scheduled to take place once every hour. However, due to popular demand this has been changed to twice every hour.

Part One is the Flipout stage, which reduces the eight-handed tables to one winner thanks to the all-in shootout. All participants receive three cards and have to discard one within 30 seconds. For players to make a calculated decision, the cards of all players at the tables are shown.

Once everyone has discarded a card, the shootout will commence and the winner will have locked up a portion of the cash prize pool. However, more than one shootout hand may be needed in case of a tie or different stack sizes.

Players can purchase between one and ten stacks to enter the tournament. Based on their cards in the first shootout stage they may receive bonus stacks of 1,000 chips: 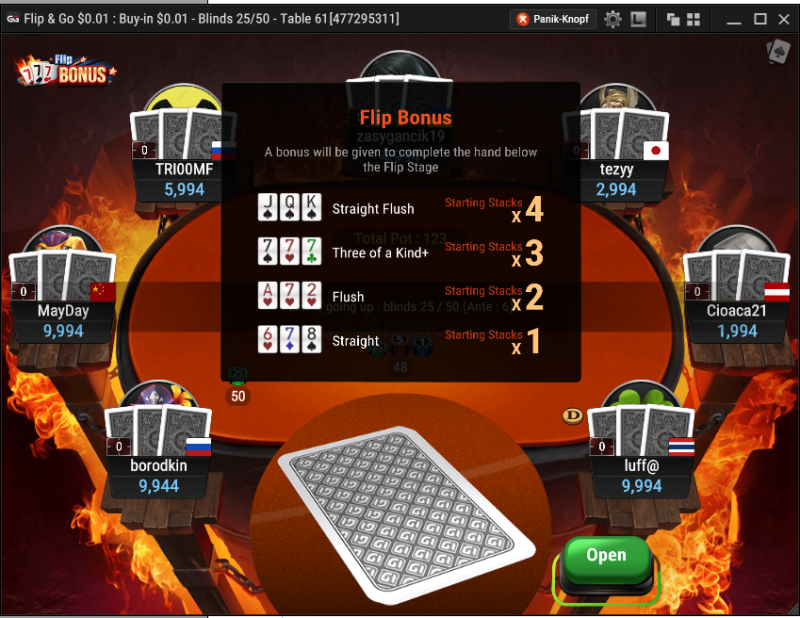 Once paid spots have been reached, the tournament will continue as a regular MTT and play down to a winner. Each level will last five minutes each, and the final table is set when nine players remain. The final table blind rollback to an average of at least 40 big blinds is enabled for Flip & Go.

Most Flip & Go tournaments will wrap up in under three hours, while regular MTT may take three times longer to determine a champion. As such, the new format is perfect for players craving fast-paced action and who don’t have a lot of time at their disposal.

The popular Spin & Gold jackpot format has also been expanded, as a new $100 high stakes tier has been introduced. The daily Spin & Gold leaderboard includes these new $100 tournaments, and up to 20 players will earn their share of $7,500 in prize money.

Also included in the latest update was a new feature regarding the recently introduced GGCare tournaments. All players can now view their GGCare participation under My Page -> My Promo -> GGCare, and Hand Moments of other players will be available in the Daily GGCare Flipout tournament lobby.