Often times, players tend to dismiss another player’s Check, thinking that they’ve got nothing or that they’re just too afraid to make a move. Players who are mindful of this can utilise the Check action to their advantage.

There are THREE main reasons a player would Check:

When you have nothing or even just a weak hand, the logical thing to do is Check. Most of the time, you’ll end up with hands that you would fold, both pre-flop and post-flop and if that becomes you’re standard operating procedure then you’d just become very predictable. Once you decide to do anything other the Check/Fold, other players will realise that you’ve probably got a decent hand. In order to have an advantage and not appear predictable, you have to mix it up with a bit of Check/Raise or Check/Call. Understandably, this would require some bluffing. 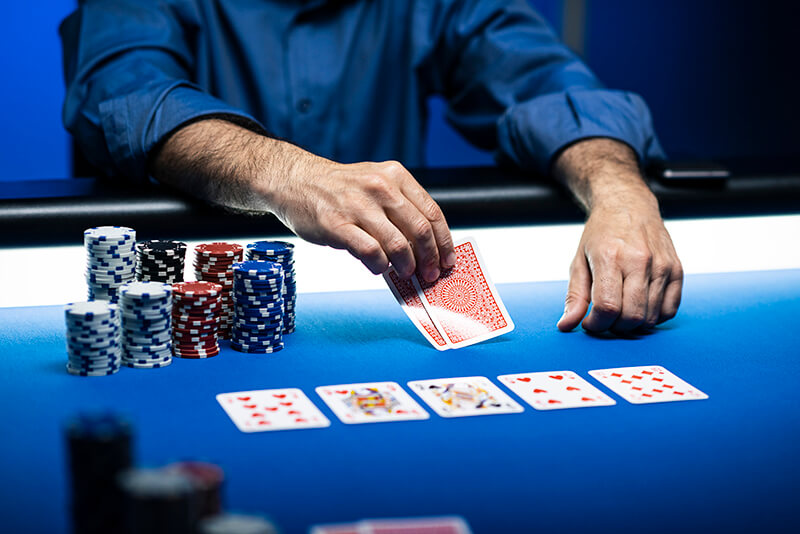 Another reason the Check is so powerful is because it helps you gather information on what the other players might have. It’s hard to read players when playing online poker but watching their actions will give you insight. For example, if the flop is revealed and everyone Checks, then its highly likely (but not always) that they didn’t hit anything. If you’re the first to act after the turn is revealed, this would be a good time to make a bet. Granted that the turn isn’t something that could drastically change the outcome such as the turn giving the community the possibility of a straight or a flush with their hole cards. Now, even if you have nothing and a player calls you and you get caught in a semi bluff, you can cut your losses and fold without causing too much damage but you will gain some advantage through this exercise. You’ll show the players that you don’t just Check/Fold when you have a bad hand, making you slightly unpredictable, and if you decide to slow play a hand somewhere along the way, the other players won’t know.

The Check can also be used as a trap. Players would typically Check their strong hands, making it look like they are at a disadvantage with a weak hand. This would encourage opponents to make a play for the pot by bluffing or making a bet with a hand that is mediocre. This is the perfect time to pull out the Check/Raise strategy. Having said that, slow playing doesn’t only work on a monster hand. You can also use the Check/Raise as a bluff. But of course, bluffing is not something you can do at any moment, it’s all about timing. You’ll have to find the right moment and the right hand in which you believe no one else has anything either. Beware though and know when to cut your losses. You might run into another player who was slow playing a strong hand, so you’ll need to know when to Fold.

Now that you’re familiar with the ins and outs of using the Check as part of your poker betting strategy, check out our poker guide on how to incorporate the Check-Raise Strategy into your poker game.