Tournament Overlays: How You Can Benefit From Them

What Are Tournament Overlays and How Does It Affect Me?

When playing at Natural8, you may notice regular announcements mentioning Overlays. If you are a fan of MTTs, you should pay attention to these announcements. Tournament Overlays applies to Guaranteed tournaments. So let’s first dive into what are Guaranteed Tournaments. 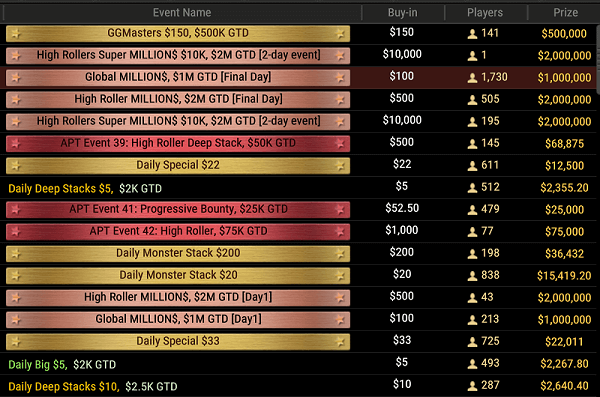 How are Overlays Calculated?

How can players benefit from overlays?

Where can you find overlays?

At Natural8, we make it easy for you to spot. Overlay announcements will pop up indicating the tournament name, the buy-in, the GTD prize pool, as well as the overlay amount. Pay close attention to weekday tournaments as well, especially the ones that run earlier in the day. We offer a wide variety of tournaments that run regularly at all times of the day.