As the tables have turned for 2020, a new year awaits and the GGPoker Network (GGPN) will once again provide plenty of reasons for players of all bankrolls to join the action. More than $6 million in rewards will be awarded in various promotions, with most of the prizes going to active cash game players.

The following Daily Leaderboards are available:

For All-In or Fold (AoF) tables, a special Daily Challenge awaits. When a player completes 100 hands, they will be instantly credited one buy-in. Approximately $2,100,000 in prizes are estimated to be awarded to AoF players in the month of January.

Prizes for all the Daily Leaderboards as well as the AoF Daily Challenge will be awarded in C$. Cash Game Dollars (C$) was introduced late last year and functions in a very similar way as Tournament Dollars (T$).

C$ can be used to buy-in to any cash games and AoF tables. If a player chooses to buy in with a mix of $ and C$, the latter will be used first for making bets. Any bets made in C$ will be returned as C$, and any winning amounts will be paid in $.

One of the ongoing promotions for new players is the Honeymoon for Newcomers, which is slated to reward $150,000 in total prizes for players who complete the daily missions. 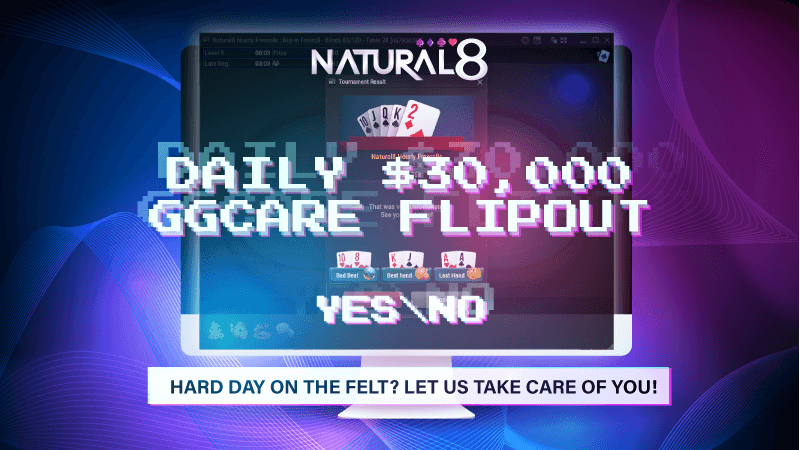 The newest promotion to launch this year is the GGCare Daily Flipout tournaments, with a guarantee of $30,000. Players who suffer coolers, suckouts or bad beats will be automatically registered to the consolation flipout tournament the following day. This new and first-of-its-kind promotion will pay out a total of $930,000 throughout the entire month.

The following cash game variants qualify for this new promotion as of right now: Hold’em, Omaha, Short Deck, All-In or Fold, Rush & Cash and Spin & Gold. Multi Table Tournaments (MTT) are currently not included, but plans are in place for it to be added in the near future.

Bad beats will show up in the timeline of PokerCraft, and an automatic formula will determine the severity and award different starting stacks for the Flipout accordingly.

Upcoming Tournaments on the First Weekend of 2021

The first weekend of the new year will crown several champions in the ongoing World Series of Poker Winter Online Circuit. So far, ten winners have been determined and another three will be known in the days to come. 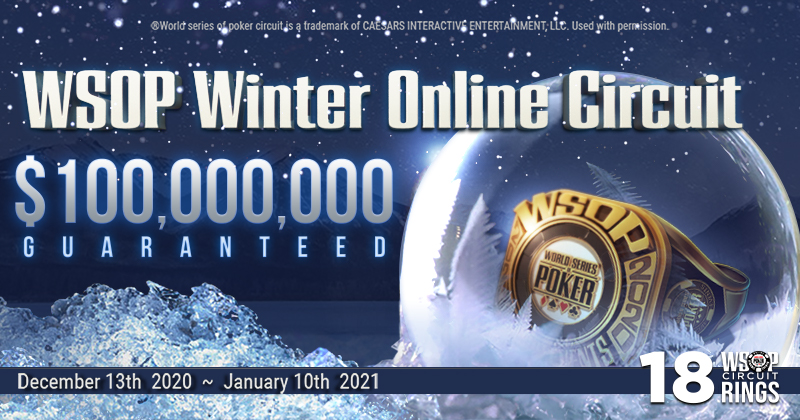 Event #12: $500 Deepstack No-Limit Hold’em will play all the way down to a winner, while Event #13: $10,000 Heads-Up No-Limit Hold’em comes with a cap of 128 players and will stop when the semi-final is set. Event #15 NEW YEAR COLOSSUS will combine all Day 1 survivors and not only burst the money bubble, but also play down to a nine-handed final table.

Other featured events of the first Super Sunday in 2021 include the following tournaments:

As of January 3, the first starting days of WSOPC Event #18: $1,700 Main Event takes place as well. The multi-flight flagship event of the festival features a huge guarantee of $10 million and hopefuls will start their journey with 50,000 in chips. A total of 20 levels of 12 minutes each are played per Day 1, and late registration remains open for the first 15 levels. Up to three re-entries are allowed in each flight.