WSOP Online 2020’s Event #47 $1,000 Short Deck Hold’em saw Malaysia’s Paul Teoh winning his maiden WSOP gold bracelet, and walking away with a total of $82,202 in prize money. He is also the most recent player to be inducted into Natural8’s Winner’s Circle.

Teoh’s prior WSOP experience has been in the WSOPE festivals in 2018 and 2019, where he cashed in five bracelet events across a combination of three different poker variants. 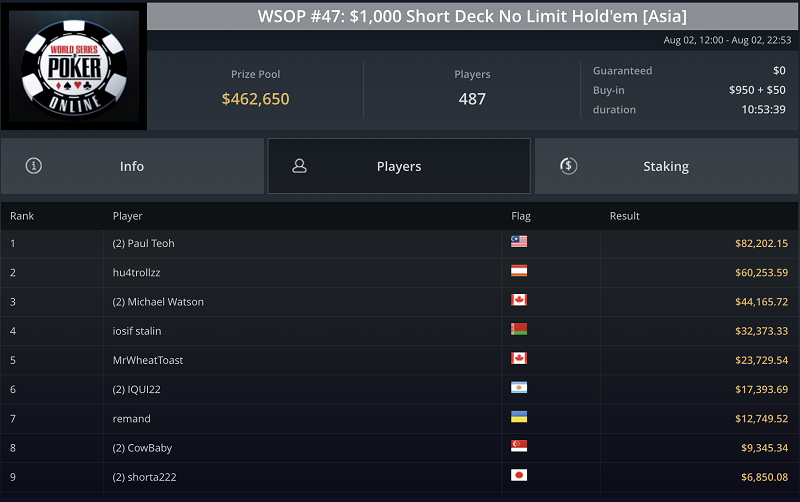 They were closely followed by Ukraine’s Mykhailo Krasnytskyi and Argentina’s Jose Luis Mashlsia. The table was left 5-handed for quite some time before Joseph Orsino bowed out in fifth place for $23,730 when his K-Q suited went up against Watson’s A-J Suited.

Action then continued with the lead exchanging many times and each player having it at least once. Eventually, Teoh eliminated Watson in third place for $44,166. Watson was ahead with Jacks against Teoh’s Tens but Teoh managed to hit an unlikely straight on the river and then there were two.

Teoh entered heads-up play against Michelle Shah, with a 4:1 chip advantage. The final hand saw Teoh with Q-J while Shah was ahead with A-J. Teoh called a 3-bet shove and with a stroke of luck, hit the Queen on the flop. The turn and river were not in Shah’s favour and Teoh secured the win and his first WSOP Bracelet. 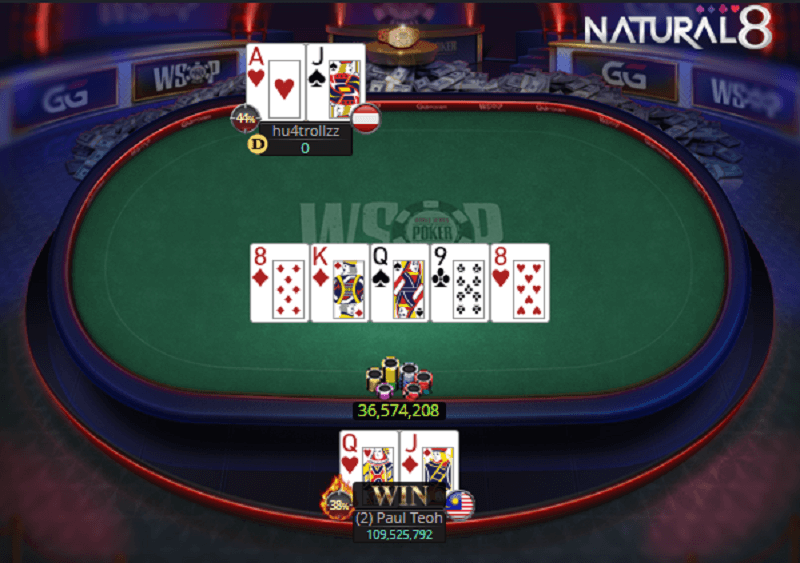 As part of being inducted into the Winner’s Circle, Teoh will receive a bonus 6-month Natural8 sponsorship worth $15,000. He will represent Natural8 in Team Bling (the team specially created for Natural8’s WSOP bracelet winners), alongside earlier inducted ambassadors like Shoma Ishikawa and Marcelo Jakovljevic Pudla.

Team Bling members receive sponsorship packages worth between $7,500 to $15,000 as part of their win, depending on buy-in of the event won. And if a Natural8 player wins the WSOP Main Event, they will become captain of Team Bling as well as walk away with a massive $100,000 in live event and online sponsorships. Remember, these sponsorships are only available to Natural8 players!